The essence of Egypt 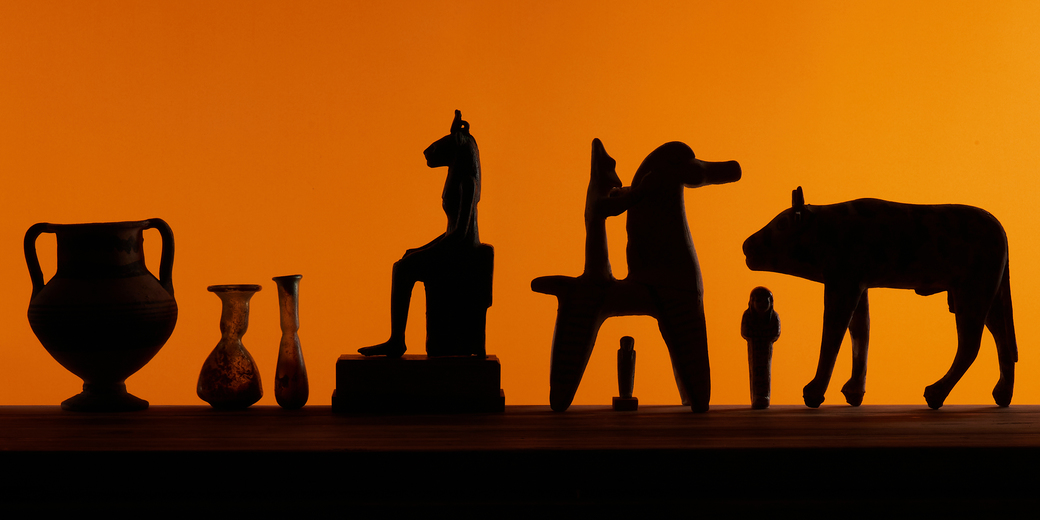 Lennart Diener and Sten Valter Wångstedt shared a strong interest in ethnography and Egyptologi.
Thats is how they became good friends, and that is why Crafoord Auktioner Stockholm can present an extraordinary collection of ancient Egyptian objects with provenance of them both.
Associate professor and chief physician Lennart Diener was a pioneer in the use of X-ray technology. Already during his studies in the 1940s, he became interested in ethnography and Egyptology, especially from a medical historical point of view. As responsible for X-ray diagnostics at Karolinska Institutet in Stockholm, he became internationally known for his work with examining mummies. He made a series of trips to Egypt for that purpose, and got invited to lecture at the Egyptian Museum in Cairo. He also lectured at medical symposiums in the Nordic countries, wrote frequently in the Swedish Journal of Medical History and was appointed director of the Museum of Medical History in Stockholm.
Sten Valter Wångstedt established himself as a leading authority in Egyptology in both Sweden and internationally. He was an associate professor at Uppsala University, participated in excavations and was world famous for his expertise in a very limited subject - the ancient Egyptian demotic language. Sten Valter Wångstedt was director of the Egyptian department at the Mediterranean Museum in Stockholm 1955-1970. During this time he and Lennart Diener began to collaborate and became good friends. Wångstedt sold many interesting items to Diener from his own collection, all carefully museum-labeled and cataloged. The rest was donated to Uppsala University's Gustavianum museum where it remains today.
The Lennart Diener collection is superb.
The highlights include a wooden cosmetic spoon, a ushapti who probably followed the foreman Bak-wer in the grave, a 3,700-year-old painted wooden bull in remarkably good condition from a farm set and a 5,500-year-old pre-dynastic ceremonial vessel with a painted decor that developed into hieroglyphs for water.
This is a special occasion for both collectors and us at Crafoord Auktioner Stockholm, with very rare objects of obvious international height, backed by a first-class provenance. The other half of this collection, submitted by Wångstedt, can only be found at Uppsala University's Gustavianum.